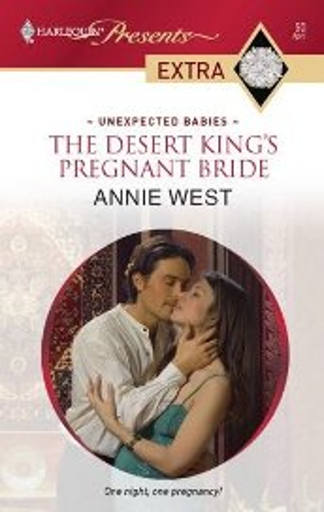 'Do you need help?' A deep voice curled out of the roaring darkness to reach her.

Blindly she raised her head and found herself blinking in the headlights of a massive off road vehicle. A man stood silhouetted before it. He was tall, lean and unfamiliar. Something about the set of his broad shoulders and his wide-planted feet intimated he was a man prepared for anything, a man able to deal with trouble of any kind.

Maggie knew an instant's insane craving to lean forward into his strong body, rest against those more-than-capable shoulders and slump into oblivion.

Then sense overcame instinct. She had no idea who he was. Besides, she'd just learned her judgement was fatally flawed. She'd believed Marcus to be everything she wanted in a man, a lover, a mate. She'd thought...

The shadow moved closer, near enough to make her stunningly aware of his superior height and power.

'You're not well. How can I assist?' This time Maggie caught the faintest trace of an accent.

'Who are you?' she said, barely recognising the reedy whisper as her own voice.

Silence for a moment as the wind stirred the collar of her coat and drove the rain almost horizontal.

'I'm a guest at the Tallawanta Stud. Staying up at the homestead.'

Now she recognised the latest top of the range vehicle. Only the best for those at the big house. And there was a special guest this week. The Sheikh of Shajehar, who owned the whole enormous horse stud, had sent an envoy on an inspection tour.

That explained his accent. The precise, clipped English, as if he'd attended a top British public school. It was overlaid with a slight softening of consonants that hinted at something far more exotic.

'Or do you intend that we both stand out here till we're saturated to the skin?'

There was no impatience in that voice, but nor was there any mistaking its steely undertone. Maggie jumped, reining in her wandering thoughts. What was wrong with her? She couldn't seem to concentrate properly.

Only now did she realise the stranger wore no overcoat. He must be even wetter than she.

'Have you been in an accident?' Again that easy, calm voice with just a hint of iron in its depths.

'No. No accident. I...Could you give me a lift please?' Maggie had no qualms now about cadging a ride from him. He was the visiting dignitary she'd heard about. They were on the estate's private road and no one would be out in this weather unless they belonged here.

'Of course.' He bowed his head then preceded her to the four wheel drive. His stride was long, purposeful and easy as if pacing down a carpeted corridor instead of a muddy, uneven gravel road. Maggie stumbled after him as best she could, her limbs horribly uncoordinated.

He opened the door and stood back for her to get in.

'Thank you,' she murmured as a firm hand cupped her elbow and helped her into the high cabin. Without his support she wouldn't have made it.

Maggie subsided onto the cushioned seat. Slowly she loosened her cramped fingers and let go the straps of her high-heeled sandals from one hand, her frivolous new purse from the other. They tumbled to the floor. She'd barely been aware she still held them.

The door closed and she sank back, stunned by the warm comfort of the cabin after the howling wind and teeming rain that had drummed incessantly in her ears.

Maggie shut her eyes, overcome by the quiet peace.

'Here,' a deep voice filtered into her consciousness, 'take this.'

Slowly she turned towards the velvet soft voice, fighting the intense dragging weariness that consumed her. She didn't want to rouse herself, but he was insistent.

Reluctantly she opened her eyes. He sat in the driver's seat and she looked up into the blackest eyes she'd ever seen. Deep set, hooded eyes that surveyed her closely, taking in every nuance of her appearance.

Maggie's eyes widened at the sight of her rescuer in the cabin's pale overhead light.

His jet black hair was slicked back from a face tanned almost to bronze. Her breath snagged at the strong, spare beauty of his face, each plane emphasised by the sheen of rain on burnished flesh. Lean cheeks with slanted cheekbones that mirrored the stark angle of his brows. A strong, aristocratic nose with just a hint of the aquiline. Narrow well-shaped lips that she could imagine tipping into a smile, or turning down in displeasure. A jaw that spoke of solid power and bone deep assurance.

The combination took her breath away. It was as if someone had opened a precious old book and conjured a warrior prince straight from 'The Arabian Nights'.

But nothing in her juvenile reading matched this man for pure magnetism. He looked exotic and masterful.

Maggie had never known any man could look so...

'Here,' he repeated, thrusting a soft woollen blanket into her hands. His brows angled down in a frown as he surveyed her. 'Are you sure you're not injured?'

She nodded then hid her face in the folds of wool, holding the blanket with hands that trembled.  Embarrassment washed through her, whether because he'd caught her staring, or because of her strange wayward thoughts, she didn't know.

She must be in shock. That would explain her heedless flight and the muzzy feeling that everything was distant, unreal. Yes, that was it. Shock.

Any woman would be shocked to discover what she had tonight. And no doubt she looked a sight: workaday raingear over her beaded dress-

'Stop it.' A firm hand curved around her jaw and swung her face towards him. His fingers were hard and warm and comfortingly real against her numb flesh.

Maggie blinked, amazed to discover the water spiking her lashes wasn't rain but tears. They burned her eyes.

'Stop what?' she whispered on a hiccough, staring into liquid dark eyes that held hers mesmerised.

Gradually her galloping heartbeat slowed. The breath shuddered out of her constricted lungs. She dragged in air, conscious of a tight ache around her chest.

'You were becoming hysterical.'

His clasp of her chin shifted, fingers splaying wide to tilt her head higher as if he needed to see her better in the dim light. The heat of his touch burnt life back into her frozen skin and she was content to let him hold her so.  She felt strangely lethargic.

'S-s-sorry.' She frowned. She'd never stuttered in her life. And as for being hysterical... 'I've had a bit of a sh-shock.' There, she finally got it out. She had trouble coordinating her lips and tongue. 'I'll be all r-right.'

'You've been out in this storm too long.' He took the wool from her white-knuckled grasp and lifted the blanket around her shoulders, pulling the edges close. The enveloping comfort relaxed her into a boneless huddle and the movement drew him close. She caught his scent, faint yet intriguing. Heat and sandalwood, spice and damp male skin. Her nostrils flared as she slumped forward.

Large hands on her shoulders propped her away.

'Where did you come from? How long have you been out?'

Maggie's lips curved up in a dreamy smile as her eyelids drifted lower. She really did love that accent. The softening consonants and lilting rhythm almost hidden behind the crisp intonation sounded quite...seductive.Â Â  She could imagine going to sleep to the sound of that voice.

Her eyes popped open as fingers curled hard into her shoulders.

'Did someone hurt you?' His voice sounded different. She shivered anew at the hint of anger in his tone.

Abruptly he nodded, pushing her back into the moulded seat and reaching for her seatbelt. The heat of his torso as he leant near was warmer by far than any blanket.

He straightened and immediately the chill invaded her body again. When he switched on the ignition the cabin was plunged into darkness but for the light from the digital control panel. Her gaze strayed to his shadowy profile: powerful yet elegant in a toughly masculine way.

Instinct told her she could trust him absolutely.

He eased the vehicle forward. Rain pounded on the roof and the four wheel drive slid in the thick mud.

Mud. Her boots. Her gaze spanned the interior of the luxury vehicle.

'This is a farm vehicle,' he responded. 'I'm sure it collects its fair share of mud.

Spoken like a man who never had to clean said vehicle, Maggie realised. This was no work vehicle. It was reserved for important guests, used when only the best would do.

For a moment she thought he hadn't heard her question over the sound of the rain.

'My name is Khalid. And yours?'

'I'm pleased to meet you, Maggie.' His voice was grave, almost formal. Suddenly she wondered how this man spent his time when he wasn't visiting Australian horse studs or rescuing stranded women from deserted roads. 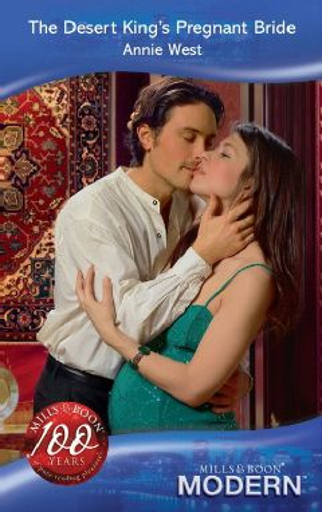 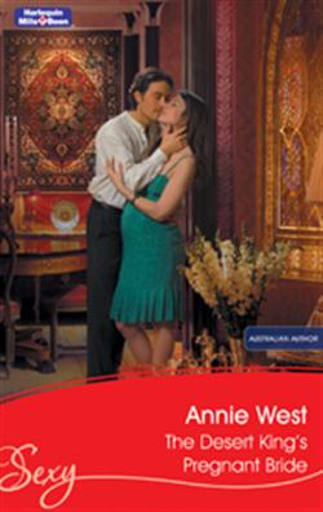 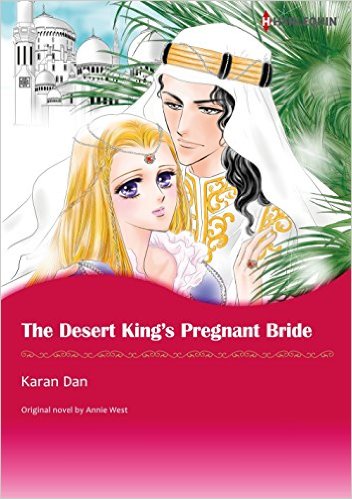