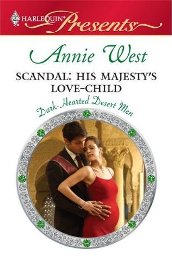 Sheikh Tahir Al'Ramiz glanced around the gaming table, at the crowd watching him with rapt attention, eager to see his next move. His gaze trawled past the stack of chips he'd won in the last hour.

A waiter hovered with a fresh bottle of champagne. Tahir nodded and turned to the woman pressed so eagerly against his side. Blonde, beautiful, accommodating. She'd turned heads from the moment they entered Monte Carlo's opulent old casino.

She moved and the fortune in diamonds encircling her throat and dripping down her superb cleavage scintillated in the chandelier's mellow light. Her stunning evening dress of beaded silver was testament to the effect wealth and a world class couturier could achieve.

She smiled, the sort of intimate, eager smile women had been giving him since adolescence.

He passed her a flute of France's finest champagne and leant back in his seat, finally acknowledging what he'd felt all evening.

Last time it had taken him two days to tire of Monte Carlo. This time he'd just arrived.

A hush fell as the crowd sucked in its collective breath. People on the other side of the table hurried to follow his lead, placing last minute bets.

'Fourteen?' said the blonde, eyes widening. 'You're betting it all on one number?'

Tahir shrugged and lifted his glass. Idly he noted how the faint tremor in his hand made the surface of the wine ripple.

How long since he'd slept? Two days? Three? There'd been New York where he'd finally closed the media deal and stayed to party. Then Tunisia for some all terrain racing, Oslo and Moscow for more business, then here to his cruiser in the marina.

Was his lifestyle finally catching up with him?

He tried to dredge up some interest, some concern, and failed.

With a flourish the croupier set the roulette wheel spinning.

Slender fingers gripped Tahir's knee through the fine wool of his trousers. His companion's breathing quickened as the wheel spun. Her hand slipped up his thigh.

Did she find the thrill of gambling, even by proxy, so arousing?

He almost envied her. Tahir knew that if she were to strip naked and offer herself to him here and now, he'd feel nothing. No desire. No excitement. Nothing.

She flashed him another smile, a sultry invitation, and leaned close, her breast pressing against his arm.

He really should remember her name.

Elsa? Erica? It eluded him. Because he hadn't been interested enough to fix it in his mind? Or because his memory was becoming impaired?

No matter how hard he tried.

Elisabeth. That was it. Elisabeth Karolin Roswitha, Countess von Markburg.

Clamorous applause roused him from his thoughts. A cushioned embrace engulfed him as the Countess von Markburg almost climbed onto his lap in her excitement. Soft lips grazed his cheek, his mouth.

'You've won again, Tahir!' She pulled back, her eyes glittering with excitement. 'Isn't it marvellous?'

He moved his lips in what passed for a smile and raised his glass.

Tahir envied her that simple rush of pleasure. How long since he'd experienced that? Gambling didn't do it for him any more. Business coups? Sometimes. Extreme sports? At least he got an adrenaline rush when he put his neck on the line. Sex?

He watched another woman approach. A dark haired seductress wearing ruby drop earrings that brushed her bare shoulders and a dress that would have her locked up for indecency in a lot of countries.

And he felt not a flicker of response.

She stopped beside him, leaned down, giving him a view right down her dress, past unfettered breasts to her navel and beyond.

Her lips opened against his and her tongue slicked along the seam of his lips. But he wasn't in the mood.

Fatigue suddenly swamped him. Not physical tiredness but the insidious grey nothingness that had plagued him so long.

He was tired of life.

Abruptly he pulled back from her hungry kiss. It was months since they'd been together in Buenos Aires yet it felt a lifetime ago.

'Elisabeth.' He turned to the blonde still glued to his side. 'Let me introduce Natasha Leung. Natasha, this is Elisabeth von Markburg.'

He nodded to the waiter who produced another champagne flute.

'Ah, it's my favourite,' Natasha purred, standing closer so her thigh slid against his. 'Thank you.'

Over her shoulder Tahir caught the croupier's expressionless gaze.

'Fourteen again?' Elisabeth's voice rose shrilly. 'But you'll lose it all! The chances of getting the same number again are impossible.'

Tahir shrugged and, alerted by a discreet ring tone, dragged his mobile phone from his pocket. 'Then I'll lose.'

At the look of horror on her face Tahir almost smiled. Life was so simple for some.

He looked at the phone, frowning when he didn't recognise the number displayed. Only his lawyer and his most trusted brokers had his private number. This wasn't one of them.

'Tahir?' Even after so long that voice was unmistakeable. Tahir surged to his feet, dislodging both the women clinging to him.

'Kareef.' Only something truly significant would make his eldest brother call him out of the blue and after so long. He turned his back on the table, gesturing to his companions to stay where they were. The crowd around him parted, as it always did, and he strode across the room to the privacy of a quiet corner.

'This is an unexpected surprise,' he murmured. 'To what do I owe the pleasure?'

Silence. It stretched so long the back of his neck prickled.

'I want you to come home.' Kareef's voice was as calm and familiar as it had always been.

But the words. They were words Tahir had never thought to hear.

'I don't have a home any more. Remember?'

A tiny part of long-dormant conscience told him he took out his old bitterness unfairly on Kareef. His brother wasn't to blame for the disaster that was Tahir's past.

He clamped his mouth shut.

'You do now, Tahir.' Something in his brother's voice sent a tingle of premonition down his spine.

'Our revered father would have something to say to that.'

'Our father is dead.'

The brute who'd ruled his people and his family so corruptly was gone forever.

The tyrant who'd betrayed his wife with a string of whores and mistresses. Who'd ruled his tribe by fear. Who'd thrashed Tahir time and again to within an inch of his life. Then had his thugs take over when Tahir grew old enough to defend himself against his father.

The man who'd exiled his youngest son when he'd finally done what the old sheikh had probably secretly wanted and overstepped the mark completely.

Tahir had never been able to please his father, no matter how he tried. He'd spent his boyhood wondering what fault of his inspired such hatred.

But he'd long ago given up caring.

Tahir turned to look across the elegant room and its throng of late night pleasure seekers. In his mind's eye it wasn't the glamorous crowd he saw, the flirtatious and curious glances or the opulent display of wealth. It was Yazan Al'Ramiz's bloodshot eyes, his bristling moustache flecked with spittle as he ranted and bellowed. The violent pounding of his clenched fists.

Surely Tahir should feel something, anything, at the news his tyrant father was dead? Even after eleven years absence the news must evoke some response?

A yawning void of darkness welled inside where once emotions had lodged.

He supposed he should have questions.

When? How? Isn't that what a child asked about a father's death?

'Still, I don't feel a burning desire to return to Qusay.' His tone was as blank as his mood. There was nothing for him in the land of his birth.

'Damn it, Tahir. Stop playing the arrogant unfeeling bastard for a moment. I need you here. Things are complicated.' Kareef paused. 'I want you here.'

'What do you need?' Kareef had always been his favourite brother. The one he'd looked up to, in the long ago days when he'd still tried to emulate his elders and betters. 'What's the problem?'

'No problem,' Kareef said in a curiously strained voice. 'But our cousin has discovered he isn't the rightful king of Qusay. He's stood aside and I'm to take his place on the throne.' He paused. 'I want you here for my coronation.' * *

Tahir walked slowly to the roulette table.Kareef's news was momentous. To discover their cousin had been made king in error was almost unbelievable. He was no blood relation to the old king and queen, but had been secretly taken in by them while they grieved the death of their real son. If it had been anyone other than Kareef telling the story Tahir would have doubted the news.But Kareef would never make such an error. He was too careful, too responsible. He would make the perfect king for Qusay. Either of Tahir's older brothers would.Thank merciful fate their father wasn't alive to inherit the throne! As brother to the old king and leader of a significant clan he'd been too powerful as it was, too dangerous. Having him rule the whole nation would be like letting a wolf in amongst lambs.A heart attack, Kareef had said.

No wonder. Their father had liked to indulge himself and hadn't limited himself to one vice.

Tahir approached the gaming table. He saw his barely touched champagne and the two women waiting for him, both undoubtedly eager to give him whatever he desired tonight.

His lips curled. Perhaps he was more like the old man than he realised.

'Tahir!' Elisabeth's voice was a shriek of delight. 'You'll never believe it. You won! Again! It's unbelievable.'

The babbling crowd hushed. Every eye was on him as if he'd done something miraculous.

Before him, piled high, were his winnings. Far larger than before. The croupier looked pale and rigidly composed.

Eager feminine hands reached for Tahir as his companions sidled close. Their eyes were bright with avarice and excitement.

Tahir slid some of the most valuable chips to the croupier. 'For you.'

'Merci, monsieur.' He grinned as he scooped his newfound wealth safely into his hand.

Tahir lifted his glass, took a long swallow and let the bubbles cascade from the back of his tongue down his throat.

The wine's effervescence seeped into him. He felt buoyant, almost happy. For once fate had played things right. Kareef would be the best king Qusay had known.

He put the glass down with a click and turned away.

He'd taken but a few steps when the babble of voices stopped him.

'Wait! Your winnings! You've forgotten them.'

Tahir turned to face a sea of staring faces.

Without a backward glance he strode to the entrance, oblivious to the uproar behind him.

The doorman thrust open the massive doors and Tahir emerged into the fresh night air. He breathed deep, filling his lungs for the first time, it seemed in memory.

A hint of a smile played on his lips as he loped down the stairs.

He had a coronation to attend. 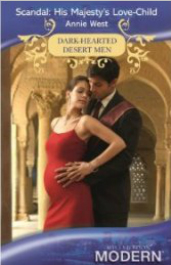 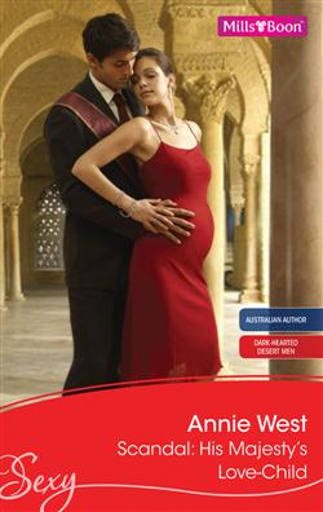 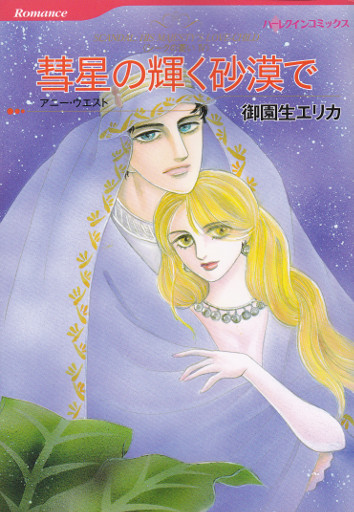