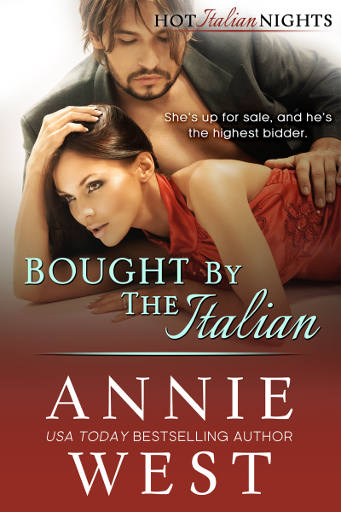 Gennaro De Laurentis planted himself at the rear of the huge reception room, eyes fixed on the spotlit dais.

Around him the crowd chattered in rising excitement. The charity auction had morphed abruptly from mildly interesting, just another date on the Milan social calendar, to enthralling.

All because of Chiara Armati.

The prospect of buying the vivacious beauty, if only for a dinner date, roused even the most unimaginative.

Bidding had started in the thousands of euros.

Then Chiara herself had gone to the podium, sashaying through the packed room. The spotlight tracked her progress and the play of flame-red fabric over the flare of her hips and tight buttocks. Every man in the room watched the cling and shift of that sexy dress and her even sexier body, as she squeezed past the tables and up to the stage.

He hated other men slavering over her.

He hated that she'd agreed to be auctioned off. Even if strict stipulations clarified it was only a few hours of her time, her charming company, being sold. The winner would have her to himself over dinner in Milan's best restaurant.

Heat spiked in Gennaro's belly as he watched the crowd watch her.

The testosterone levels in the room rose and peaked as she stood, smiling, beside the compere.

Her glossy, sable hair was pulled back from that exquisitely sensual face, emphasising her bone-deep beauty. Bare arms and shoulders glowed under the brilliant lighting that accentuated every lush curve in her slender body.

He ground his teeth as she laughed up at something the host said, her face alight. It was her laughter that had first attracted Gennaro.

He wanted to cover her. Wrap his jacket around her shoulders and cart her off the stage. By force if necessary.

Correction. She'd been his.

Until the day she'd stormed out of his home, her fine patrician nose so far in the air it was a wonder she hadn't tripped herself up.

He should never have let her go. He'd known she was volatile, but he hadn't credited she'd walk out and never return.

As if she could pretend what they'd shared was over!

A collective gasp filled the room and he forced himself to focus on the bidding.

'Fifty thousand.' A tall man to one side offered.

Chiara's head swung around to him. Was that relief on her face? If so it was quickly masked.

'Sixty.' The mogul bid again, frowning. Clearly he expected to get what he wanted. By all accounts he always got what he wanted, even if it bordered on the illegal or immoral.

Gennaro's mouth tightened. He didn't like the way the man leered up at her.

The murmurs of the audience subsided as the bidding rose. The sums offered were unexpected, even for the company of a gorgeous woman, an up and coming fashion designer and a member of one of Rome's oldest families.

Gennaro rocked back on his heels as the tall man at the side of the room bid again, so high there was a gasp of astonishment then a buzz of excited anticipation.

Gennaro smiled grimly as Chiara, for once visibly disconcerted, grabbed the auctioneer's lectern as if for support.

Who'd have thought it? For the first time ever her self-assurance looked shaky. Long ago her ancestors had bargained for their personal slaves in the market. She would be the first Armati to be bought that way. Had that finally dented her gilt-edged sense of superiority?

The bidding closed to a round of thunderous applause and a standing ovation. No one in the history of the charity event had ever bid so much on a single lot. Across the room Chiara smiled and applauded. The victorious bidder gave a quick, almost nervous bow from the side of the room.

But Gennaro's attention was all for Chiara. He guessed no one else in the vast room could tell how shaken she was. Society darling and privileged aristocrat, Chiara Armati was used to being adored. But the swift escalation of the bidding from high to astronomical had thrown her. Even from this distance he sensed her nerves, her wariness.

Gennaro had become an expert at reading her moods. He knew her as no-one outside her family did, more intimately than any other man.

But Chiara still had much to learn about him.

Fire branded his belly, building to a white hot burn. She'd stamped those dainty feet all over him as she stalked out the door. Had she truly believed he'd take that lying down?

He smiled, anticipation welling as he turned and left the room. 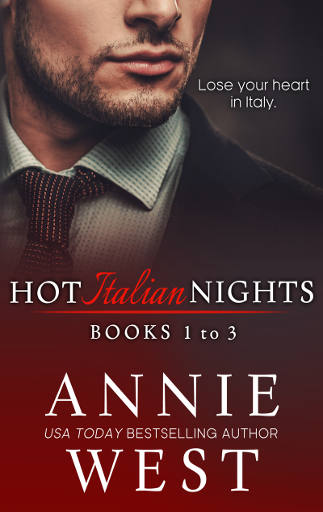