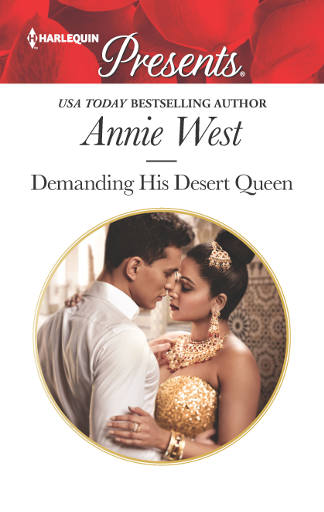 He cupped one hand around the back of her head, anchoring his fingers in that lush, silky hair.

No protest came. His other arm wrapped around her waist, tugging her close. He had a moment of heady anticipation as her soft form fell against him, her eyes growing huge and dark as pansies.

Then his mouth settled on hers and the years stripped away.

Safiyah clung tight, her fingers embedding in the hard biceps that held her to Karim's powerful frame.

It was so unexpected she had no time to gather her thoughts. No time to do anything but bend before the force of sensations and emotions that made her sway like a sapling in a strong wind, her body arching back over his steely arm.

To her shame it wasn't outrage that overwhelmed her. It was shocked delight.

Even in those heady days when Karim had courted her, for then he'd been considerate and careful not to push her into a compromising position. She'd been innocent and he'd respected that.

Even when she'd married she hadn't felt like this.

Especially when she'd married. She'd felt no passion for Abbas. No desire. Except the desire to do her duty. And Abbas hadn't expected anything from her other than acquiescence.

Which made the fire licking her veins unprecedented. Totally new.

Safiyah shivered, not with cold but with a roaring, instantaneous heat that ignited deep inside and showered through her like sparks from a bonfire, spreading incendiary trails to every part of her body.

It was like the yearning she'd once felt for Karim, multiplied a thousandfold. Like the difference between the heat of a match and the scorch of a lightning strike.

Her mouth opened, accommodating the plunging sweep of his tongue, relearning Karim's darkly addictive taste. It was a flavour she'd made herself forget when she'd told herself to stop pining for the mirage of true love. When she'd given herself in a dutiful, arranged marriage.

Because to hold onto those broken dreams would only destroy her.

Now, with a force that shook her to the core, Safiyah felt them flood back, a deluge of sensation to a body starved of affection, much less delight.

Once Safiyah had yearned for Karim with all her virgin heart. Now time, experience and loss transformed her once-innocent desire into something fierce and elemental. Something utterly unstoppable.

Instead of submitting meekly, or turning away, Safiyah leaned into his hard frame. This felt as natural as smiling. As necessary as breathing. 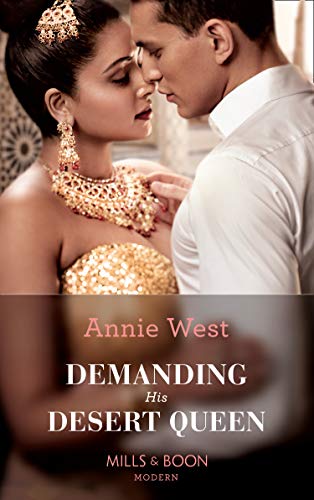