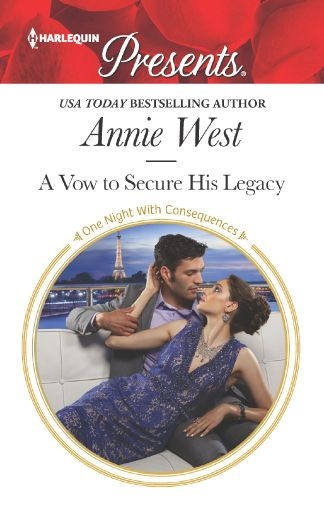 'Are you going to tell me the truth now?'

'The truth?' The words sounded like a foreign language. Imogen stared at that firm mouth, the sensuous bottom lip, the taut line it formed when he stopped speaking. 'What do you mean?'

It was all she could do not to sway as she stood, bereft of his touch, still feeling his body imprinted on hers. She bit her lip, silencing the futile plea that he gather her close again.

She wanted Thierry. Wanted the comfort of him holding her, the taste of him - cognac and that bitter chocolate tang that was unique to Thierry. She wanted to be naked with him, losing herself to ecstasy.

But he looked distant, even standing so near. His eyes were unreadable, his face taut, prouder, harder than she remembered it. Suspicious.

'What don't want me to know? You're not telling me the truth.'

Imogen jerked back an unsteady step. Her heart thumped harder. 'I know the pregnancy is a surprise, but it's real. You heard the doctor.' Pride came to her aid, stiffening her backbone. 'Or is it the idea you're the father that you doubt?'

Had she really believed he'd take her word it was his? She pulled her arms across her chest, holding in the welling hurt.

Slowly he shook his head, his piercing gaze never leaving her face. 'It's not that. There's something more. Something you're hiding. I won't do anything until I know what it is.'

That powerful jaw took on an obstinate cast as he crossed his arms across his chest, reinforcing that aura of tough masculine strength despite his suavely tailored jacket. His lips thinned and his nostrils flared.

He looked intimidating. Not like the easy lover she remembered, or the passionate man of seconds ago. There was passion still, but something formidable too.

'You're reneging on what you said? You won't step in if something... happens to me?' Fear clutched. She wasn't even sure if she could carry this child to term but she had to believe she could. And she had to believe there'd be someone to care for it when she was gone.

'Hey.' His voice was soothing, his fleeting touch on her arm gentle. 'Don't get worked up. All I want is the truth. Surely I'm entitled to that.'

'You have the truth. The baby is yours.'

He stood silent, his scrutiny like a weight pushing her down.

She spun away, turning to the windows, vaguely aware of the lights of Paris beyond. Once, a few weeks ago, she'd have revelled in being here, seeing this. Now she felt terrified, scared not so much for herself as for her baby. Despair hovered in the shadows at the corner of her vision, ready to pounce if she let her guard down.

'I can't help unless you tell me what's troubling you.'

She pivoted towards him. 'Help?' She'd wondered if he was looking for an excuse to wriggle out of that.

'I said I would and I'm a man of my word.' He spoke with such authority she couldn't help but believe him.

Imogen hadn't wanted to tell him too soon, scared the knowledge he'd definitely be responsible for their child might frighten him off. Yet surely he deserved to know? The sooner he came to grips with what was to come the better.

A laugh ripped from Imogen's throat. The sound scared her - so raw and guttural. It betrayed the fact she clung to calm by the skin of her teeth.

'It won't be okay, that's the problem.' Her voice was harsh and raspy. She cleared her throat. 'I'm not going to be a mother and I'm not going to know my child.' Pain settled like a lump of cold metal in her stomach, its chill paralysing. 'I'm dying.'

Reviews Behind the Book Inspiration Return 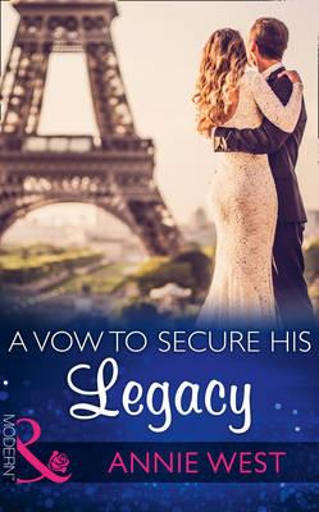 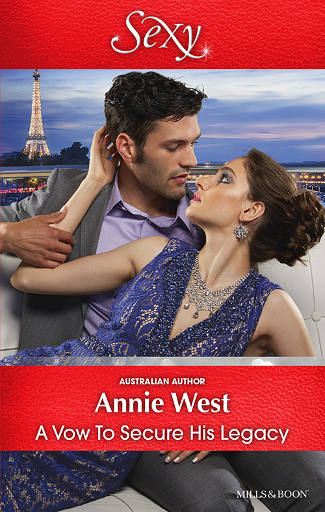 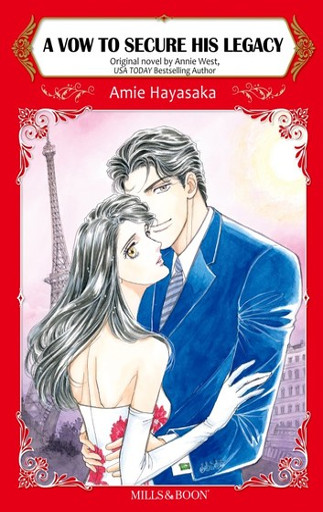