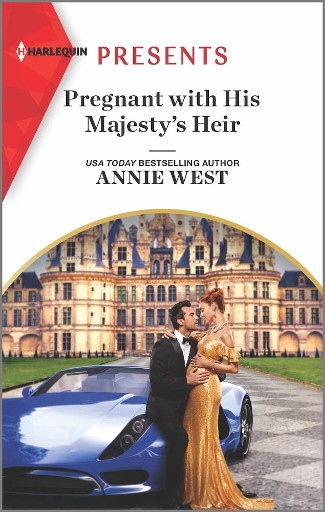 Aurélie rose and took a seat beside him on the sofa. Tentatively she touched the back of his hand with her fingertips. She didn’t want to intrude but there were times when human contact was important. This seemed one.

His skin was hot and his fist was clenched so hard it shook. She tried to ignore the sizzle of energy that shot through her from the point of contact, instead breathing deep and concentrating on him.

‘I wish I could say something that would make a difference.’

He shook his head, a stray lock of espresso-dark hair falling across his brow. It made his sculpted features look almost boyish as he turned to look at her.

‘You’ve already done so much. You brought me back. For a while there I felt completely lost.’

Beneath her fingertips his hand turned, palm up, and he laced his fingers with hers. Another ripple of sensation, stronger this time, shimmied up her arm. It spread warmth through her chest and lower, right down into the depths of her being.

What was this? She’d never felt anything like it.

‘You feel it too.’ His eyes held hers.

Aurélie felt trapped, caught by his bright gaze and disorientated by something within her that urged her to hold tight and not let go.

‘This.’ His hand squeezed hers and her breathing turned fluttery.

Aurélie stared back, overwhelmed by the need to stay connected. By a response to this man, this stranger, that was beyond anything she’d experienced.

‘I don’t understand you.’ An instinct for self-preservation prompted the words.

For a second longer she felt it, the thrill of contact, his flesh against hers, his stunning eyes holding hers, then he moved. Her hand fell to the red upholstery and the blaze inside died a little as he turned away. Not only turned but surged to his feet.

‘You’re right. I shouldn’t have…That was a mistake.’ He raised his arm and forked his hand through his hair, pushing it back off his brow. Aurélie watched the mesmerising shift and play of his oblique muscles and others she couldn’t name, as he moved.

Her heart hammered to a stop so abruptly she felt sick, then it started up again, fast and erratic.

‘What are you doing?’ Aurélie was on her feet.

He didn’t look at her. He wore that closed expression she’d seen in the restaurant and out on the street.

‘Thanks for your hospitality, Aurélie. I appreciate it. Now it’s time I left.’

‘You can’t go.’ Her voice rose. ‘It’s not safe to drive and you haven’t got a place to stay.’ Why hadn’t she made that a priority?

He shrugged and reached for his pullover. ‘I’ll sleep in the car. I have to leave now.’

Aurélie stood in front of him, forcing him to look at her. When he did, the impact of that glittering stare almost rocked her back on her feet. Yet it was nothing to the urgent emotions within.

‘Because I want you, Aurélie.’

He dragged in another breath that sawed loud in the silence while his words demolished something inside her.

‘I’ve wanted you from the first moment you smiled and led me to my table. I watched you walk in front of me, your scent fresh as spring, the sway of your hips, the perfect curves of your backside…even the damned swing of your ponytail beckoned me.’ His voice ground low, hitting a husky note that dragged through her like fingers raking velvet.

Lucien swallowed and she watched the movement, read urgency and mouth-drying hunger in the jerky action. It mirrored her own response to his words, his nearness. Her throat was parched, her heartbeat jagged and she felt strung out with anticipation.

Hadn’t she spent the evening fascinated? Wanting? Trying to pretend that she didn’t? Telling herself it was mere charity that led her to invite him here when from the first she’d been driven by another compulsion entirely?

‘I thought I could master it. Be civilised and grateful and walk away. I will be all those things,’ he added through clenched teeth, ‘but I have to go now.’

Her hand closed on his bare arm and he went rigid, his breath like the hiss of water on molten metal. Surprisingly soft hair tickled her palm. She felt corded muscle and heat and again, that singing, soaring sense of rightness.

‘What?’ Finally he swung his head to look at her.

‘I feel it. The connection. The…need.’ Aurélie swallowed against the emotions constricting her throat. ‘I don’t understand it. I don’t usually…’

She shook her head, bewildered by the strength of her feelings. Then, blessed relief, his other hand cupped her face, his touch fortifying and reassuring.

‘I don’t usually either.’

His expression was dead serious, despite the sexual tension twanging between them.

Aurélie lifted her chin. ‘I hadn’t realised how alone I felt until tonight. When you came…’ She paused, trying to find the words.

She could listen to him saying her name forever, in that smoke and suede voice that undid her every time.

His thumb brushed her cheek, slowing to swipe her bottom lip. She shivered. It felt like a fine wire tightened between her mouth, her breasts and her womb.

‘As if I recognised you, knew you, though you’re a complete stranger.’ It was a relief to admit it, however crazy it sounded. Her hand tightened on his arm. She revelled in the connection, as if claiming him.

‘I feel the same.’ He shook his head, his expression grave. ‘I don’t want to leave, Aurélie. I want to be with you. Spend the night making love to you.’

Relief was a sigh of breath as her lungs emptied then refilled.

Lightning flashed in his eyes and surely a jagged bolt struck her too. She felt the heat solder her feet to the floor.

‘Sweet Aurélie.’ He shook his head as if he couldn’t quite believe it. ‘You know I’m passing through. I won’t be back—’

‘Sh.’ Her finger on his lips stopped his words. ‘I know this is only for tonight.’ She hesitated a second then added, ‘I’m leaving here too. I don’t think I’ll return.’

It was the first time she’d said it out loud. It felt like crossing into unknown territory.

Whereas, remarkably, planning to have sex with a man she’d met just hours ago felt perfectly normal.

She needed this, needed Lucien with a force she couldn’t comprehend yet couldn’t doubt. Whatever the reason this was real and right.

For once she’d do something for herself, not because it was demanded by others. Just as, later, she’d move from the only town she’d known and begin the new life she’d dreamed about.

For one slow, delicious moment, their gazes held and time stood still. Then Lucien bent his head and his mouth brushed hers, soft as a drifting snowflake, teasing her lips. Aurélie looped her arms around his neck and rose on tiptoe, responding, inviting, urging. 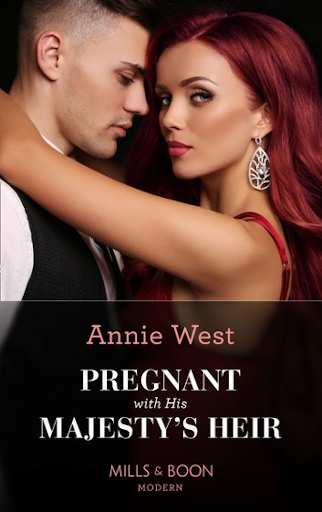 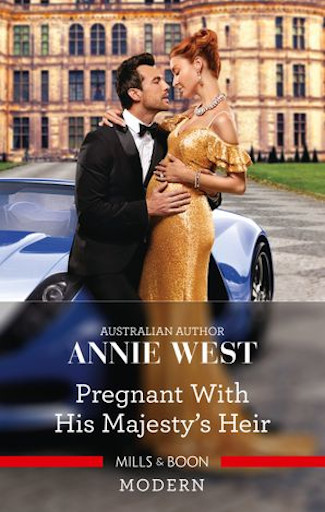