Arden Wills wasn't dressed to seduce. Her dark green pullover swam on her, just hinting at the curves beneath. Her old jeans were frayed and there was a patch on one knee. Her face was free of makeup. Yet her hair rippled around her like a halo on a Pre-Raphaelite model, beguiling and exotic. She made him want to forget duty, forget necessity, and tug her to him so she fitted between his thighs, cradling him with her hips.

'Pardon?' Idris shoved his hands deep into his trouser pockets as he realised the direction his thoughts wandered. To whether she wore a bra beneath that bulky pullover and whether her pale skin was as petal soft as he recalled.

'Why did you come here, if not to see your cousin?' She paused, her lips tightening. 'Surely not to catch up on old times.' Her breathing altered, drew short and jerky, as if she, too, remembered how it had been between them all those years ago.

'Why not?' Idris lifted his shoulders in a show of insouciance he was far from feeling. 'I was...curious about you. It's been, what? Four years?' As if he didn't know precisely how long it had been. His reign as Sheikh of Zahrat dated from that week. 'There have been changes in both our lives.'

Her face stilled, her eyes darting to the side almost furtively, as if tempted to look behind her but thinking better of it.

Instantly Idris was on alert.

He couldn't read that look but instinct warned him something was afoot. Something she hid from him. His gaze lifted to the gleaming paint of the door behind her. What could she possibly feel the need to hide? She wasn't living in squalor, not here. Something sordid? A lover?

Adrenalin surged, coiling his tension tighter. He took another half step forward, only stopping when a small palm flattened against his chest. He felt the imprint of it through the fine wool of his suit. His skin tingled where she touched as if abraded. As if she'd scraped sharp nails over his bare flesh.

Idris sucked in oxygen and forced himself not to react.

'I don't want you here.' Those eyes were so huge in her face he felt he could dive into them.

His hand covered hers and fire danced across his skin before burrowing deep inside. A judder of potent sexual hunger tightened his groin.

'You need to say that as if you mean it.'

The scent of her was so vivid he could almost taste her on his tongue. Sweet with a tell-tale hint of warm musk. No woman before or since had smelled like Arden Wills. How had he forgotten that?

'I do mean it.' Yet her voice had a soft, wondering quality that reminded him of the night they'd shared their bodies that first time. Her eyes had shone with something like awe. She'd looked at him as if he were a glorious deity opening the secrets of the heavens.

His thumb stroked the back of her hand and she quivered. Her hand was small but strong. He recalled how she'd driven him to the brink with her generous passion.

Idris hauled himself back to the present. To the slant of sunlight burnishing her hair and the distant sound of a car. London. His betrothal. The peace treaty between his nation and Ghizlan's.

He shouldn't be here. His life was about duty, control, and careful, deliberate decision-making. There was no room for spur of the moment distractions.

In another second he'd step away.

But first he needed her to acknowledge what was between them. Even after all this time. Idris couldn't countenance the idea that he alone burned. Pride demanded proof that she felt this undercurrent of hunger. This electricity simmering and snapping in the air. The charge of heat where they touched.

'You need to leave. Don't make me scream for help.' Her head tipped back against the door, as if to increase the distance between them, yet her touch betrayed her. Her hand had slipped under his jacket lapel, fingers clutching his shirt. Heat poured into him from her touch, spreading to fill his chest.

He forced his hand to his side, conquering the impulse to haul her close.

'I said, leave me alone.' Her breath was warm on his chin and his thoughts whirled as he imagined her sweet breath on other parts of his body. He needed a moment to curb his arousal.

Here, on a London street!

Anger flared. At this woman. At his unruly body that for the first time in memory didn't obey.

'It's obviously escaped your notice, but I'm not touching you. You're the one touching me.' 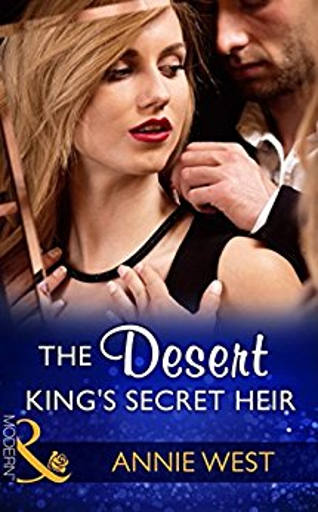 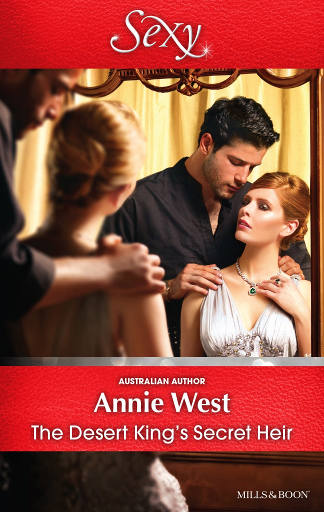