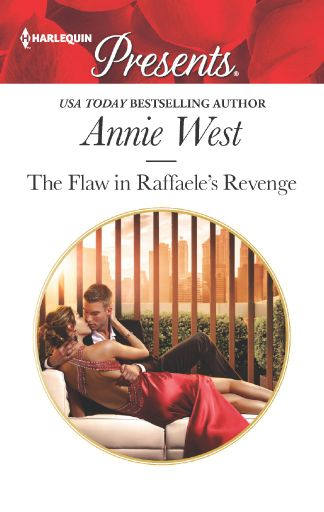 Lily dragged her hands from the table as if its surface was electrified. A large hand snapped out and captured her wrist. Instantly she stilled, all except for the quiver reverberating from her tingling fingers up her arm and down to the soles of her feet.

'What do you want, Raffaele? What are you playing at?' Old habit came to the rescue and her chin jutted. She'd spent half a lifetime pretending to be impervious to hurt.

'What do you think I want?' It was the voice of her dreams, seductive, alluring, and full of desire.

She yanked her hand free, stepping out of reach. Her breath sawed through searing lungs.

He was flirting. Sending her that half-lidded look that had turned a single photo into a multi-million dollar success for a famous men's clothing company.

The impact of it in the flesh, on her flesh, was devastating.

'Stop it, Raffaele!' She was almost beyond caring that he might hear the hurt beneath her belligerence. She needed to get away. 'I don't...' She shook her head, wishing she hadn't made a point of pinning her hair up, wishing it could swish around her face, concealing an expression she feared must reveal the yearning in her soul.

Don't flirt. She didn't know how. Had no experience of it. Which made this game he played even more cruel.

'What are you afraid of, Lily?' His voice, rough suede, caressed her skin, drawing it to tingling life.

Of you and everything you make me feel.

'I didn't think anything fazed you, Lily. You're so feisty, so focused.'

She cleared her throat to speak as he moved close enough for her to inhale the tantalising scent of warm male skin, salt spice and the sea. But determination wasn't enough. Not when she looked up into ocean blue eyes. They burned with a heat that beckoned to every feminine instinct she'd spent fourteen years suppressing.

'Is it this you're afraid of?' His head lowered and warmth brushed her lips. The soft caress of perfectly sculpted lips. The fleeting, beckoning taste of Paradise as his tongue slicked the seam of her mouth.

Lily's eyelids flickered, weighted by the desire rolling through her, inexorably growing, expanding, clogging every sense. All she knew was the scent and taste of Raffaele, the heat of his breath on her lips, the pulse of longing throbbing within.

Air brushed her mouth as his lips left hers and for a heartbeat nothing moved. She didn't even breathe.

Lily forced her eyes open. Azure depths captured her and it was as if she'd ventured too far out to sea. Except she wasn't sinking, she was floating, buoyed by an anticipation so acute she felt she'd shatter if he didn't put an end to it and kiss her properly.

She was terrified. Thrilled. Exultant. Curious.

Lily felt her hand settle against the muscled plane of his chest. Beneath her palm beat a steady pulse that seemed leisurely compared with her own wildly careering heartbeat.

He was real. Not the phantom lover of her dreams. His flesh hotter than hers even through his shirt.

His chest rose beneath her touch, making her aware of the masculine power beneath the designer panache. The air of languid relaxation Raffaele so often adopted was a front, she realised as sparks tickled her palm, racing up her arm. The man was all potent power.

But he was her boss. He was one of the most beautiful men on the planet, and she-

'Lily.' His voice was so deep she felt its reverberation in her belly. His hand was hard as it clamped her palm to his chest.

She shifted back. 'This is a mistake.'

He moved with her, his thigh brushing hers. Ripples coursed up her leg to the spot between her thighs where a different pulse beat - needy and quick.

'No mistake. Admit it, Lily. This feels right.'

His left hand captured her nape, long fingers spearing through her hair to hold her still as his head slanted down.

Time moved in infinitely slow seconds. Slow enough for her to realise that despite his hold she had only to turn her head or step back and she'd be free.

But she didn't move. It did feel right. More, it felt inevitable. Why pretend when for weeks she'd wondered what it would be like to kiss Raffaele?

His lips touched hers again, once, twice, before settling on her mouth, sealing her breath with his. For a moment he held utterly still. She absorbed the rich, warm scent of his skin, the delicious tang of him on her tongue, the long body hard up against hers, and the gentleness of his hand at the back of her head, cradling, tender...

Then those azure eyes closed, his head tilting as he delved between her parted lips. One swiping caress and sensation shuddered down her backbone and further, weakening her knees. They trembled as she clutched him, drawn by the slide of his mouth, his probing tongue and the waves of need, dark and intoxicating, that buffeted her.

His hand tightened on her skull, the angle of his mouth changed and the kiss grew harder, insistent, demanding. Raffaele drew her tongue between his lips, sucking, and a shot of adrenalin, of something fired in her blood. The pulse between her legs quickened, her nipples against his chest so sensitive she almost cried out as each muffled breath abraded them against him. She was on fire, burning up in a heat he both kindled and promised to assuage.

Was it possible to climax just from kissing?

Lily slipped her hands up to clasp his face, framing hard bone and taut skin, learning sculpted contours as his tongue flicked hers, inviting her to join him, to give in.

A mighty shudder ran through her, a sigh that made no sound in the whirling ecstasy of the moment. A sigh of surrender as Lily let herself go and for the first time in her life kissed a man. 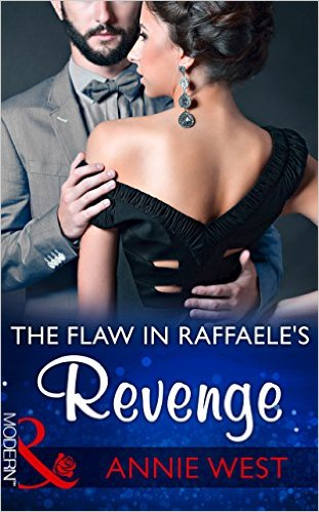 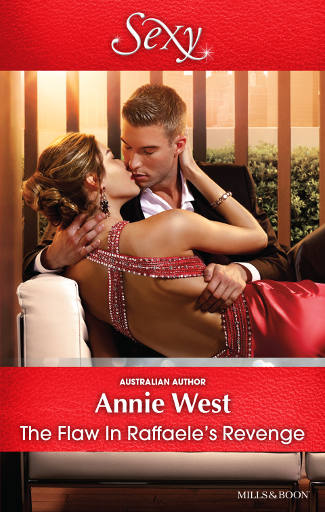