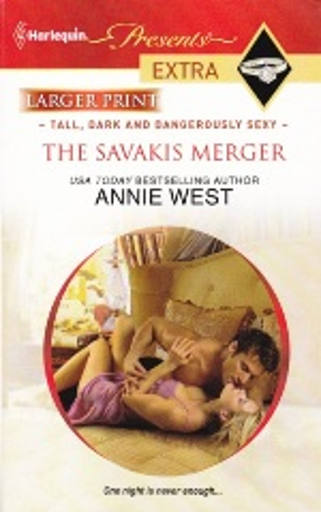 'What is it, Angela? What's the matter?'

Her cousin cast a furtive glance to the doorway. 'This visitor.' Her voice was a shaky whisper. 'Papa is arranging for me to marry him.'

Callie's lungs seized as horror gripped her. The world spun chaotically and she grabbed the back of a nearby chair.

The years slid away. Once again she was just eighteen, Angela's age. She stood here, waiting alone for him to arrive. The man her uncle had informed her she had to marry.

Unless she wanted to destroy her family.

Another arranged marriage. Another disaster.

Callie groped for Angela's hand, knowing how much her little cousin needed her now. Remembering...

The sound of the men approaching sliced through her garbled thoughts. Her uncle's forthright tone echoed from the foyer but his guest's voice, though pitched low, was more resonant. It pulsed through her, tightening her stomach muscles with an illusion of familiarity.

She thrust aside the absurd idea. Angela's news had knocked her off balance. As had an unexpected afternoon of passion with the sexiest man on the planet.

How she wished she were with him now, rather than in this suffocatingly opulent room, facing another catastrophe of her uncle's devising.

Callie breathed deep. Angela needed her support. She couldn't give in to weakness no matter how shocked she was.

'Let's get through dinner then talk.' She aimed a reassuring smile at her cousin. 'He can't force you into anything. Remember that.'

Angela looked doubtful but there was no time for further conversation. The men were approaching.

Again the timbre of their visitor's voice caught at something inside Callie. Something that had awakened today beneath the sheltering pines and the sensuously heavy touch of a man. It made her pulse trip to a faster, rackety beat.

Ignoring the strange sensation she stepped forward. She only managed a single pace before jolting to a stop.

Uncle Aristides wore a wide smile as he looked up at the man beside him, then turned to gesture expansively to the room at large.

'Well, my dears, here is our guest. I'd like to introduce a valued business associate, Damon Savakis.'

Time shattered in splintering, razor-edged shards as Callie saw their visitor. A flutter of reaction started high in her throat and her breath faltered.Â  Her heartbeat raced as she took him in. Surreptitiously she snagged a quick desperate breath, then another.

She stood frozen, staring as shock slammed into her.

Elegant. That should have described him. He wore his dinner jacket as if born to it, with a debonair grace that proclaimed his utter confidence. But the tailored perfection couldn't conceal the man beneath. A man who vibrated energy and authority. A man with the posture and physical perfection of a born athlete.

His face was breathtaking, a sculpted embodiment of male power and sensuality. Except for one thing: his nose sat slightly askew, as if it had been broken. That only emphasised his charisma and an undercurrent of raw masculinity. This was no charming lightweight, but a man to be reckoned with.

His eyes narrowed as he took her in, a glitter of appraisal barely veiled. That searing look did curious things to her insides.

Callie's mouth dried. Dimly she was aware of her uncle drawing Angela forward for an introduction.

Finally, far too late, she stepped forward, her hand outstretched as she dredged up a polite greeting.

'How do you do, Kyrie Savakis? It's a pleasure to meet you.'

His warm hand engulfed hers. She repressed a shiver at the echo of memory that sped through her. Of a man touching her, far more intimately, only this afternoon.

She pulled back but his hold was firm and unbreakable, his look piercing.

Dampness hazed Callie's brow as, for an instant, panic flared. Her stomach churned and she gulped down a hard knot in her throat. Then a lifetime's training kicked in. She ignored the jumble of emotions whirling inside and pinned a meaningless smile to her lips.

Damon Savakis' eyes were dark. Darker than brown. Dark as a moonless night. Dark enough to sweep a woman into a whirlpool of need and longing and hold her there till sanity fled.

Callie knew it because she'd seen them before. Had already experienced the heady invitation of that bold, sensuous gaze.

He spoke at last, his voice brushing across her skin in an intimate tone that made the hairs rise at her neck.

'It's a pleasure to meet you, Callista.' The words were trite, expected, polite. Nothing at all like the searing expression in his fathomless gaze.

Nothing at all like the lazy sensual approval in his laughing eyes as he'd seduced her a few short hours ago. 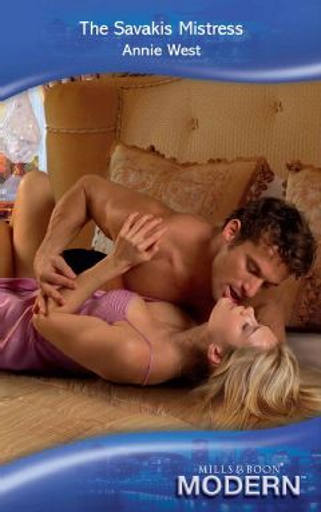 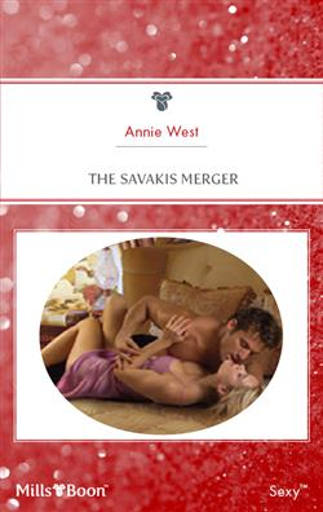 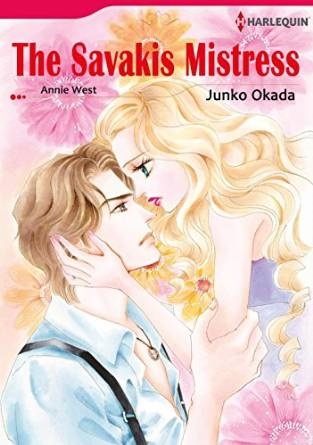