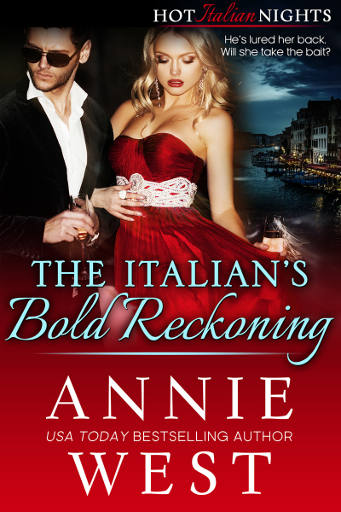 Unable to resist any longer, he turned.

There she was, watching him. Reaction smacked him square in the gut. It was like taking a step onto a bridge and finding it wasn't there, that instead he was in freefall.

She was gorgeous. More gorgeous than he remembered.

He'd fallen for a woman who hid her natural beauty, who dressed in neutral colours as if trying to blend into the background. But Matteo had seen beneath the camouflage.

There was no camouflage now. She wore a jacket the colour of amber that glowed like a beacon in the shadows of the alley. Long boots and closely-fitted jeans hugged her slim legs, making her a magnet for any red-blooded male.

Her face was flawless, her eyes wide and those lips... Matteo shivered, recalling the taste of her pouting mouth, and the wicked, wicked things she'd done with it. She might be reserved with strangers, but Angela was a passionate woman.

How he'd missed her!

He couldn't believe they'd come to this, after all they'd meant to each other. He'd been reduced to using her contractual obligations to get her in the same city as him!

'Of course.' He turned to Gina, now shrugging into warmer clothes. 'We're finished here. Why don't you head back?'

Her gaze strayed over his shoulder and he read her curiosity, but Gina merely nodded and turned away.

Hauling much-needed air into his lungs, Matteo turned and instantly froze. Angela had her arm on the cameraman's arm. She was leaning in, smiling at him.

Matteo wanted to break the guy's legs and throw him in the canal!

Another breath, deeper this time, as he pulled on an expression of calm. But his stride was quick as he crossed to the pair.

Each step revealed something new. Her hair, once light brown with warm honey tints, was now sleeker, a pale blonde. She'd grown it too. It fell in tempting waves past her shoulders, down towards her pert breasts. At her throat, on a narrow black ribbon, glinted a golden heart locket.

Matteo's gaze narrowed on it. Who'd given it to her? Whose photo rested inside?

The instant fizz of fury propelled him forward, just in time to hear her say to the scrawny cameraman, 'But then I'm yours.'.

Matteo had prepared for this meeting carefully. He'd planned to be calm and relaxed, putting her at ease, charming her into trusting him. But all that flew out the window when she looked up into Davide's dazzled eyes with the sort of smile she'd once reserved for Matteo.

Before the cameraman could speak Matteo stepped between them, his hand shooting out to encircle her wrist, warm and fragile, tugging it away from the other man.

Instantly she drew a sharp, hissing breath. Her head swung round, eyes widening and pupils dilating as she saw him. Those soft brown eyes had once, too long ago, looked adoringly at him. And he, like a fool, had thought they always would.

Matteo had learned his lesson. He took nothing for granted anymore.

'Hello, Angela.' His face felt tight as he smiled. Was he smiling or grimacing? He didn't give a damn.

He turned to the lanky crew member who, up till this point, he'd been so pleased to have work on this project. Now Matteo wished him to the devil, despite his cinematic skill.

All trace of a smile disintegrated as he stared at the other man. 'I see you already know my wife.' 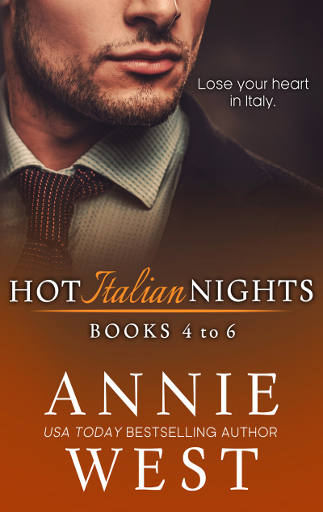